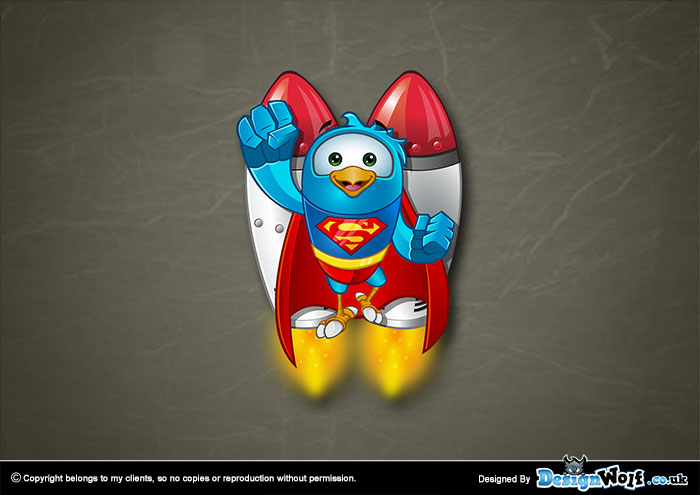 This mascot/character design is based on one of my stock characters,  ”Superhero Twitter Bird”.

The client wanted the mascot designed in a new pose with rockets on his back, the rockets where from an image they found on the internet. So I had to redesign them slightly.

Everything has been built in Illustrator.